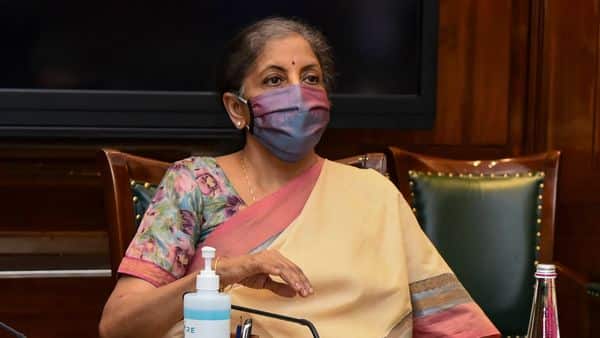 NEW DELHI : The entire sum of compensation owed to states on account of shortfall in collections of Goods and Services Tax (GST) will be “honoured", the union government said on Monday.

Part of it, ₹97,000 crore, would be paid out immediately and the balance over a deferred period to be mutually decided by the GST Council, the apex body guiding the implementation of the indirect tax said.

The clarification by the union government just ahead of the GST Council meeting on 19 September, could potentially defuse the ugly face off witnessed in the last meeting between the centre and the states.

“Hundred percent (will be paid out)," a senior government official said. The person who did not wish to be identified also referred to the previous interview granted to Mint by finance minister Nirmala Sitharaman in which she has made this explicit.

“As long as that law (GST (Compensation to states) Act, 2017) exists, I have to honour it," the finance minister had said in the interview published on 20 May.

The person said the union government would prefer the states to borrow to fund the payout. “If the centre borrows then it will drive up yields and impact the cost of borrowing for everyone. Not the right thing to do when we are looking to revive the economy and encouraging companies to invest."

To make it easier for states, the union government has initiated a conversation with the Reserve Bank of India to open a special window wherein all the states would access loans at the same rate.

Further, these borrowings will be linked to the collections under cess—so repayments will be settled through the receipts of cess and thereby not pressure the budgets of the state governments.

The clarification by the union government comes after the differences in the last meeting of the Council had begun to threaten the GST compact—which had been held up as the new template of cooperative federalism. Things turned ugly after the Council split along political lines with the opposition raising its ante.

Delhi, along with Punjab, Kerala, Telangana and West Bengal, had rejected the two options proposed by the Centre at the GST Council meeting last month to fund their GST revenue gap.

It will have to be seen whether the olive branch proffered by the union government will mollify the states and bring them back to the negotiating table.