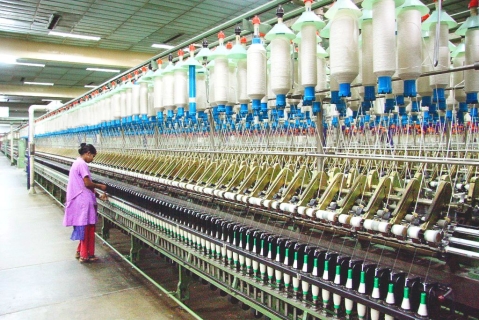 India is emerging as one of the preferred destination for International garment companies to shift their base from China.

The international garment firms are now placing large order for the products, that were till last year supplied by Chinese vendors, to their Indian vendors.

“We have a huge order. It’s a litmus test for us and the country. If we crack it, then gates open for more global brands to increase their India sourcing,” Warsaw International's Raja Shanmugam was quoted as saying.

Shanmugam, who also heads the Tirupur Exporters Association, further said that a lot more sourcing from India is expected this season, which normally begins on 1 September, as brands are realising that they need to look for alternatives. He expects 25 per cent increase in sourcing this season.

Similar views have been expressed by P Nataraj, managing director of KPR mills which is a leading garment exporter and is among the largest yarn exporters from India.

“Our buyers have told us that this year sourcing from India will be much higher than last. We will know about the actual size of increased orders in a couple of weeks," Nataraj said.

United States based Carter, once the largest baby wear brand in the world, also wants to shift its significant portion of its business from China to India. It has asked western Tamil Nadu based SP Apparels to work on developing a new fabric using man-made fibres.

“Beating China is tough as they have the scale, but looks like a beginning has been made this time," P Sunder Rajan, MD of SP Apparels said, adding that the sector will need a lot of support on labour, financial and infrastructure from the government.