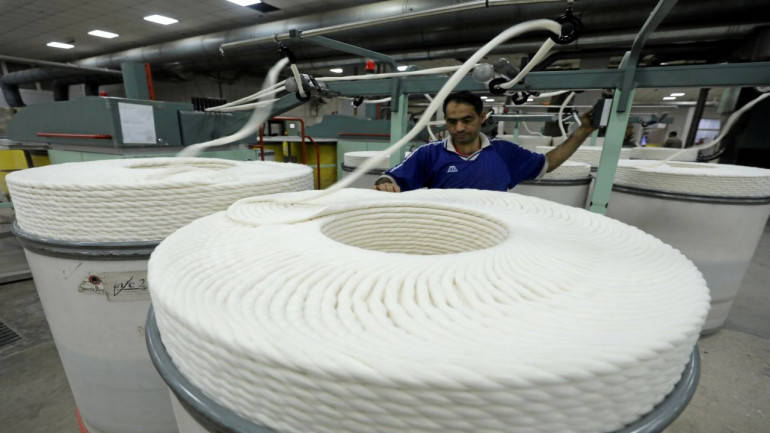 India's textile and apparel exports are expected to touch $300 billion by 2024-25, resulting in a tripling of the country's market share globally from 5 per cent to 15 per cent, according Invest India, the national investment promotion and facilitation agency.

The domestic textile and apparel industry including handicrafts stood at $140 billion in 2018, of which $100 billion was domestically consumed while the remaining portion worth $40 billion was exported to the world market. The textile and garments industry in India is expected to reach $223 billion by 2021.

The textiles and apparel industry contributes 2.3 per cent to India's GDP and accounts for 13 per cent of industrial production, and 12 per cent of the country's export earnings.

It is the second-largest employer in the country providing employment to 45 million people at present, and this number is expected to rise to 55 million people by the end of 2020.

Invest India, set up in 2009, is a non-profit venture under the Department for Promotion of Industry and Internal Trade, Ministry of Commerce and Industry, Government of India.