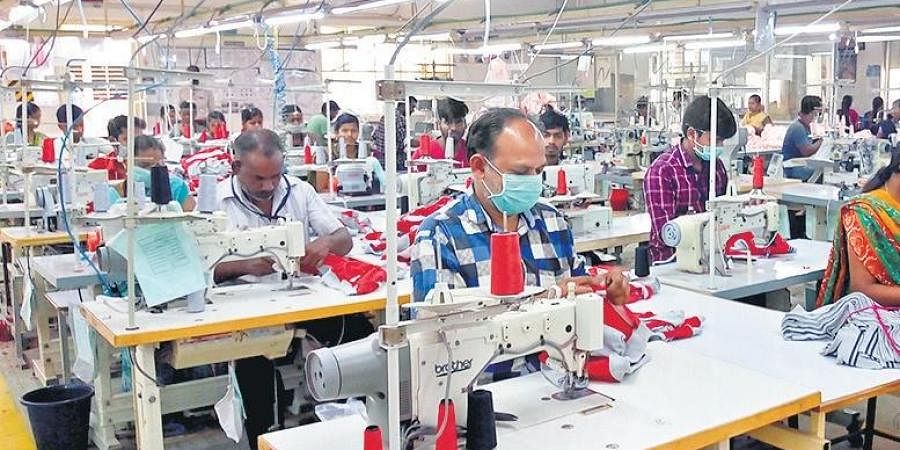 Raja M Shanmugham, President, Tiruppur Exporters Association, told Express that the Tiruppur cluster which exports goods worth almost Rs 2500 crore of knitwear and ready-mades on an average every month has been hit by the clampdown on Chinese goods.

"Ninety per cent of accessories are imported from China which include buttons, zips and chains and without clearing these goods, production will be hit," he said.

However, it is learnt that the quantum of import orders for Chinese goods has come down of late. Earlier, Chinese companies would not stress on payment before delivery. Now, they want payments to be made prior to delivery. This is ever since the tensions along the border between the two countries in Ladakh, sources said.

Sources told Express that customs officials had been insisting on 100 percent inspection of shipments from China which they feared would lead to disruptions in the supply chain.

Welcoming the decision to give customs clearance to goods imported from China, Shanmugham said the government should prepare a roadmap for the next 10 years rather than taking impulsive decisions to outwit China.

A customs official said, "Initially, the government agreed to clear Chinese consignments from June 26 to June 30. Now, we just received instructions that air cargo can be cleared from July 1.

The backlog will take time to be cleared."

This is also a huge relief for auto, chemicals, pharmaceuticals, electronics and mobile equipment industries. It is learnt that a total of 17,000 consignments from China were held up across India since June 26 since they were not granted customs clearance. Now, following the verbal orders, 4,000 consignments have been cleared since July 2 evening, sources told Express.

Chinese consignments for those under the Accredited Clients Programme (ACP) which include Hewlett Packard, Samsung, Cisco and Dell were allowed to be cleared, Customs department sources said. The Accredited Clients Programme (ACP) was introduced in 2005 to give assured facilitation at all the EDI (Electronic Data Interchange)-enabled Customs stations to importers who are assessed as highly compliant.

Meanwhile, Chennai Port sources told Express that there has been no disruption in the movement of cargo ships. "Ships are regularly coming to Chennai from China," he said.